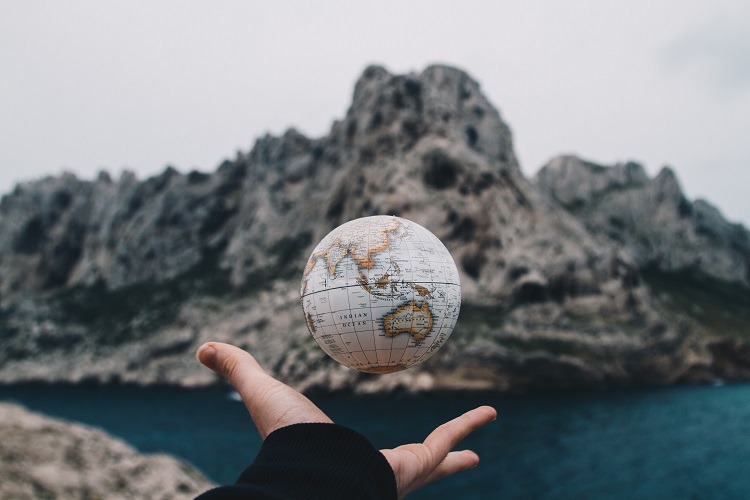 Coronavirus lockdown was widely touted as an opportunity to reimagine a better future - something the United Nations Environment Programme (UNEP) took to heart by designing a new global environmental curriculum in just three weeks.

Experts involved in creating Earth School reflected on the remarkable achievement on a special panel at June's UN Global Compact Leaders' Summit. In using 30 daily quests to educate children about the challenges faced by the planet, the programme contributes directly to Sustainable Development Goals 4 (Quality Education) and 13 (Climate Action).

Nearly 80 environmental and educational experts worked on the project between 1-21 April, in response to the demand for home education materials due to global lockdown, to provide "the best environmental education under one roof".

“Kids are leading a lot of the efforts on climate change. The more we treat them respectfully, the better off we are,” said Michal Nachmany, policy research fellow at LSE's Grantham Research Institute on Climate Change and the Environment, who helped co-curate Earth School.

The curriculum, a collaboration with TED-Ed, has so far has over 1 million students worldwide and originally aimed to help plug the gap of nearly 1.5 billion children worldwide who were estimated to have been affected by school closures during lockdown. “We were all willing to suspend our disbelief of the situation we were in to roll our sleeves up," said Kathleen Usher, a Montreal-based environmental education specialist involved in the work. “People didn’t see obstacles, they only saw solutions.”

Usher said Earth School tried to encourage students to make the connection between phenomena around them to deeper ecological processes that affect society and our economies.

Quest 3, for example, is an exploration of the elements and minerals that go into our smartphones. The series of short videos are intended to be jumping-off points for students to then engage in offline activity that helps them connect further with the notion of climate change, such as interviewing their grandparents about climate conditions in the past.

“The programme goes from looking at the world how it should be - in balance - to looking how it is now - out of balance,” said Usher.

The panel participants agreed that though climate education had gained ground in school curricula around the world, it was often "ghettoized" within subjects like geography, when it could be equally pertinent in less expected ones like physics. The project had been an opportunity to overhaul the tired, "Science Fair"-style approach to environmental topics, in the words of one panellist.

Earth School was also designed to be truly global in nature, available in 20+ languages in order to ensure diversity in narration, not solely foregrounding "male American voices". It tried to highlight the notion of climate justice; that the effects of climate change impacted different parts of the world, and different populations, unequally.

Early signs for the project were that these global ambitions had paid off. While uptake was highest in the US, India ranked second - and China also featured in the top 10, where YouTube, Earth School's principal platform, is officially blocked.

With the curriculum's universal appeal at stake across many different countries, each with their own political viewpoints, Earth School's organizers had felt a certain pressure, said Nachmany: “At the end of the day, we couldn’t afford a single fact that was wrong, or a single narrative that was counter-productive.”